Over the past few weeks we at March for Life UK have been talking to some medical professionals about their concerns surrounding the safety of DIY abortions also known as pills-by-post. We thought it would now be good to listen to what the supporters of DIY abortions say. Yes, we believe it’s important to listen to those we agree with to help build up our knowledge but also to hear what those who hold opposing views have to say.

Firstly we took a look at what BPAS are saying. BPAS is one of the largest abortion providers in the UK and have been heavily involved in the pills by post scheme which started in March 2020. BPAS try to promote the idea that DIY abortions are much less time-consuming and free from other embarrassments and discomforts by highlighting the problems of other abortions. An article was posted on their social media and contributed to by their Associate Director, Katherine O’Brien states: ‘One woman said: ‘When I was on the bus I could feel that I was bleeding a lot. I was just kind of, y’know: ‘I’ve spent 45 minutes on a bus for a two-minute appointment.’’ As the at-home measures available this year have shown, this kind of experience is completely unnecessary.’

‘One woman said: ‘When I was on the bus I could feel that I was bleeding a lot. I was just kind of, y’know: ‘I’ve spent 45 minutes on a bus for a two-minute appointment.’’ As the at-home measures available this year have shown, this kind of experience is completely unnecessary.’

So yes we definitely need to look at why women are put in a position where they are bleeding on a bus but something else should scream out at us from this quote – why was a woman having an abortion after a two-minute appointment? (and why are BPAS happy to promote this on their Facebook account?) Even explaining how to take abortion pills and the possible risks/complications should take longer than that.

This rush to obtain an abortion for women as quickly as possible seems to be regarded as a plus. The fact that women might benefit from a little time to think when faced with an unexpected pregnancy seems to be irrelevant. BPAS proudly declare in their own information  . ‘NICE, RCOG, and Department of Health and Social Care guidance have a target of two weeks between first contact from a client and treatment. During the first quarter of Pills by Post, this waiting time was 2 days – a more than 50% reduction on the same period last year.’ A shocked woman or teenager finds out she is pregnant and can just pick up the phone and order abortion pills straight away and we pat ourselves on the back at being so efficient.

So now do women bleed away at home by themselves after a two-minute conversation on the phone? We look at what BPAS says about this phone consultation. BPAS state: ‘BPAS’s Pills by Post service consists of: A consultation with a nurse or midwife which includes a pregnancy options discussion (continuing the pregnancy, pursuing adoption, or having an abortion), assessment of safety at home . . .’

Sorry, who are they trying to fool? Yes, it would be nice to think that every woman contemplating abortion has a discussion about adoption or other alternatives but this isn’t what women who’ve been through this process say happens. And how can a clinician (not a doctor, a woman doesn’t have to see or speak to a doctor at all) at the end of a phone truly assess the safety of a home environment for a woman they have never met in a home they have never seen? No matter what questions they ask how will they know whether the woman they are speaking to is being coerced, threatened or forced by an aggressive partner?

The story of Kirsty clearly shows how her coercive relationship was not discovered during her telephone consultation despite her voice breaking with emotion as she asked for a face-to-face appointment. In an article written by Clare Murphy, CEO of BPAS we are given a quote from a pregnant woman which is supposed to help justify DIY abortions: “I’m really struggling to access services as my violent partner won’t allow me to go anywhere on my own.”

“I’m really struggling to access services as my violent partner won’t allow me to go anywhere on my own.”

This sentiment is echoed by MSI, another significant provider of pills-by-post in the UK ‘By forcing everyone who needs an abortion to visit a clinic in person, the law creates a very real safety concern for those living with abusive partners, families, or other household members’  Surely we are facilitating domestic abuse by allowing men to effectively keep their partner prisoner? A woman can no longer give the reason of ‘I need to go out to see my doctor because I’m pregnant’ and at least try and find an excuse to talk to someone in private. Her abuser can now just hand her the telephone and order her to dial up for some pills.

Surely we are facilitating domestic abuse by allowing men to effectively keep their partner prisoner? A woman can no longer give the reason of ‘I need to go out to see my doctor because I’m pregnant’ and at least try and find an excuse to talk to someone in private. Her abuser can now just hand her the telephone and order her to dial up for some pills.

Abortion Rights UK also pick up on the theme of possible abuse or coercion in their article https://abortionrights.org.uk/home-use-consultation-guidance/ ‘Those with concerns about any kind of coercion can more easily arrange a teleconsultation and avoid travel’ Surely if a woman is being coerced, or if there is even a possibility of this, then we need to try and find out what the woman really wants and help her find a solution to ending the coercive behavior. The solution isn’t to find the easiest way for her to give in to her abusive partner’s wishes. They continue: ‘As mentioned earlier, the ability to have an abortion consultation in a safe and private space enables women in domestic abuse situations more control and access.’ I may be pointing out the obvious here but if a woman is in a domestic abuse situation then it’s unlikely her home is ‘safe and private’.

Abortion facilitates abuse. Whether it’s allowing a man to use a woman without the worry of having any consequences to his actions or for child rape or incest to remain uncovered. If we are to permit this to happen without so much as a face-to-face conversation to try and bring potential problems to light we risk becoming part of the abuse network ourselves.

So much could be picked up in body language during an in-person appointment and at least an opportunity is provided for a woman or girl to talk confidentially. With a phone appointment there is no way of knowing who is listening in or if her abuser is sitting right next to the woman or girl. Abortion is abuse and there is no way to make abuse safe since danger is part of its identity. DIY abortions are the final nail in the coffin for abuse victims, we ask them to destroy and flush away any evidence abuse is happening – no wonder we don’t want to look them in the eye. 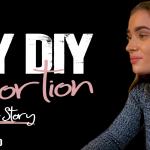 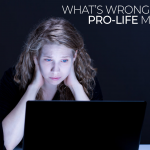 WHAT’S WRONG WITH THE PRO-LIFE MOVEMENT?Uncategorized