We’ve all heard the abortion supporter’s favourite mantra ‘My body, my choice’. Even those like Ann Furedi, former CEO of BPAS, who admit that abortion ‘Is intentional and does end a human life’ still worship at the altar of choice. I heard an abortion supporter say something about choice recently which I think is worth taking time to refute. This was her reasoning:

The woman in question had been listening to stories of abortion regret that had been shared by the pro-life movement. The woman said that the fact that these people regretted their choice shouldn’t be used to push the argument that it was wrong to have a choice about whether to abort or not. The abortion supporter explained that regretting choices was a fallout from having freewill and indeed was a necessary part of the learning experience of life. ‘How do we learn to make the right choices for ourselves’ she argued ‘if we are only allowed to make one ‘choice’?’ (which of course then isn’t really a choice at all).

This is a thought worth pursuing as we see how it works in other aspects of life. In western society many are free to choose whether to go to university or not and if they do go they can choose what to study, furthermore, we usually choose our own career path. We may well regret our choice of university later on, or our choice of subject or future work but we are still glad we were free to choose and wouldn’t want to renounce that choice. People in the UK are also generally free to choose who they marry or settle down with. This too can be a choice that people regret and has huge implications on the rest of our life but nonetheless few of us would suggest a return to arranged marriages.

If regretting our choice of life partner, our choice of university, the subject we study or our career is not sufficient reason for refusing these choices to others then why is abortion any different? Why is it fair for women to say ‘My abortion was a horrible experience therefore other people shouldn’t be allowed to have that choice’? There is some sense in this line of thought. I say ‘some’ sense since, as always, half-truths are the most dangerous of all.

The fact that a woman regrets her decision to have an abortion and now wishes she had taken another path is, I agree, not sufficient reason to call a halt to this choice generally. We have seen huge amounts of people regret their marriage choices but I still support an individual’s decision to make that choice. There are two key responses that I think need to be made here.

Firstly, having the choice to end someone else’s life is not a choice we should have, irrespective of whether we may regret it or not. Life has an intrinsic value which, if we want to be consistent, is protected in all other aspects of law. This is quite different from choosing a career path or marriage partner.

Secondly, we must ask when talking of regret, ‘Is this regret avoidable?’ Many churches for instance, having seen the rising divorce figures now run marriage preparation courses. This doesn’t prevent people from making the ‘wrong’ choice or from regretting their choice later on as they grow or change but a good marriage preparation programme can certainly help lessen this. Yet with abortion quite the opposite has happened.

Women usually receive no independent pre-abortion counselling, in fact most receive no counselling at all. Any consultation before an abortion can now take place on the phone. Tens of thousands of women no longer have a scan and the ones who do usually don’t see it themselves and are not talked through foetal development, yet we know were this any other type of medical procedure the individual would be told in detail what was going on. The countless women who now testify that they were not sufficiently informed of risks or complications prior to their termination demonstrates this is another area where preparation is severely lacking. As is the failure to discuss with the woman the potential emotional and psychological impact of this procedure. Yes, the possibility of regret is an inevitable risk that comes with having a choice but for the choice to be a real choice we must be aware of the risk.

If a 17-year-old states they want to study X at university because they can’t think of anything else to do or because their friends studied X we would hope that a parent or teacher would pick up on this and talk over with them what their options are and guide them in how to make a good decision. If a 17-year-old wanted to get married after knowing their boy/girlfriend for only 3 weeks because they ‘just knew this was the right decision for them’, we would be aghast if their parents gave their blessing. Yet that same 17-year-old can phone up and order abortion pills in a matter of minutes, giving the same reasons and often after having thought about it for less time. If that young woman regrets her decision later on I think it’s fair to say that it was avoidable regret. This isn’t necessarily pointing a finger of blame at the woman but at the many factors in society which contribute to enabling such a life-changing decision to be so easily made, in such a brief period of time with such little information.

If abortion supporters really care about women as much as they care about their own ideology then with the acknowledgement of abortion regret would also come a determination to reduce or eliminate that regret by campaigning for better information to be given before an abortion. Some risks are avoidable thus some regrets are avoidable too.

How much do we really care about women? Is it enough to sacrifice our ideology for? This is the choice for abortion supporters to take. 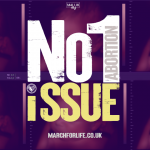 ABORTION – THE NUMBER ONE ISSUEUncategorized 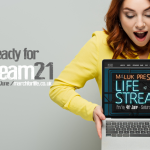 Are you ready for #LifeStream21Uncategorized