I had two children and they kept me and my husband very busy. Our eldest, Liam, had Aspergers and my daughter, Niamh, was disabled. Niamh had a very rare genetic disorder and was one of the first five people to ever be diagnosed with this specific gene mutation POU3F3. This disorder meant she couldn’t speak, was doubly incontinent, had a low mental age and had limited mobility as well as suffering with epilepsy. I’m sure others would look at me and my husband and think we had our hands full yet I felt God was calling us to have more children.

While we were still dating, my husband-to-be and I had discussed adoption and I remember noting that my husband seemed even more favourable than I did towards the idea. Consequently, when after having two children we realised that because of my endometriosis it was unlikely we’d have any more biological children, we began to look more seriously at adoption.

Our first thought was to try and adopt a child in the UK, maybe even siblings, but sadly because my husband was American not a British citizen, we weren’t eligible for adoption. We were disappointed but knew we couldn’t let this stop us so our next step was to look abroad. We decided on China as we knew there were many unwanted girls there due to the cruel one child policy they enforced. Not long after we started our application, China changed its laws due to the unwanted attention it was receiving, this meant that many foreigners like us were no longer allowed to adopt or if they were allowed they could end up having to wait up to seven years. Yet another blow had hit our plans to grow our family; we couldn’t conceive naturally, we weren’t allowed to adopt in the UK and now China had closed its doors too. With gritted teeth we finally set our sights on Ethiopia and began the adoption process there for a 6 year old boy – that’s when I received the news that despite my endometriosis, I was pregnant again.

As you can imagine, my husband and I were delighted but three months into the pregnancy I was informed that I had started to miscarry. I was told I should have a D&C (dilation and curettage – a procedure used to scrape the uterine lining, if the baby/fetus was alive then obviously this procedure would end its life). This horrified me as there was still a heartbeat at this point. I concretely refused and said God would decide when my child was to die, no one else! I actually had great peace when my baby naturally passed away. God spoke words of healing into my heart and we continued the adoption process without any hesitation.

We eventually adopted two, unrelated children from Ethiopia, a 6-year-old boy, Aaron, and an 18-month-old girl, Cara. I truly believe these children were hand-picked for us by God. Like any family there have been challenges yet these children have fitted in so well. The two boys are very close and although they are like ebony and ivory in appearance and their personalities, I can see how they help each other. Liam, my biological child, struggled with his social skills because of his Aspergers. Aaron, my adopted son, has really helped Liam as he’s very sociable, encouraging everyone around him to talk. Aaron on the other hand had to fend for himself in his early years (aged 3 he was helping out his grandparents in the fields) and had to be tough to survive. This had caused him to develop a very independent, brash personality which later softened due to Liam’s natural humility. Now, aged 17 and 19, they still share the same bedroom and Liam, who once had difficulty talking to anyone, has dreams of becoming a priest.

I can strongly empathise with the problems that many pregnant mums might face. I know what it’s like to be given a bad diagnosis while pregnant and the pressures that go with that to abort, even from well-meaning medical staff. I know too the hardships involved in bringing up a severely disabled child. I’ve felt real fear myself, but each of my four children, both biological and adopted, have brought something unique and special to our family.

It makes me so sad when I think about the laws we have in this country which permit abortion up till birth for a child with disabilities. Do people not realise that just because someone is disabled it doesn’t mean they are doomed to a lifetime of unhappiness? As for adoption, I know people in the generations before me who viewed this very negatively. They thought of it as bringing up ‘someone else’s child’ and consequently remained childless. I’m beginning to see a more positive trend regarding how adoption is viewed today with families being a reflection of the melting pot our societies have become, incorporating various races and colours. I just hope those mothers or parents who are unable to raise their own children, rather than thinking their only option is abortion, will be generous in gifting their children to others. Each of my children has made me a better person in some aspect and expanded my heart in ways I didn’t think possible. 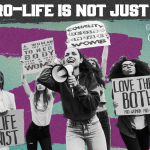 Being ‘Pro-Life’ is not just a name.Uncategorized 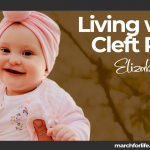